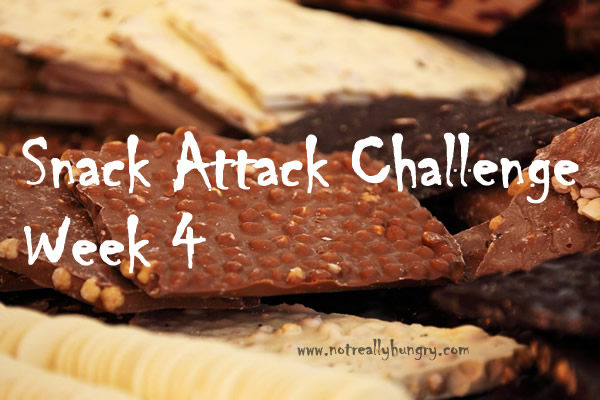 I started a 30 Day Challenge for myself on May 19. You can read about my motivation in my Confessions of a Late Night Snacker post.  My week 4 wasn’t too bad!  It could have been better, but it was definitely better than the previous weeks!

I haven’t been doing great with meeting the goals of the challenge. I haven’t made them enough of a priority.  However, I have been doing better with being mindful about my snacking and posting to the FaceBook group when I’m struggling.

DAY 1 – JUNE 9
I gained weight at my weigh in tonight. I was expecting it. I was not even looking forward to the meeting, but I am so glad I went. It completely changed my attitude. I came home uplifted and in such a good mood that I was thinking “I got this. Why was I even struggling?” I was really not even feeling tempted. We ate dinner, I cleaned up the kitchen, and had my decaf coffee and mini bar snack around 8:45. No problem.  I did end up having an apple before bed because I felt slightly hungry.  I probably could have lived without it, but it’s an apple not a cheesecake. I’m not beating myself up over that.

DAY 2 – JUNE 10
Today could have been better, but it wasn’t horrible.  I had way more fruit than I should have. I was cutting up watermelon and cantaloupe, so I ended up having a big bowl of each.  I also had a single serving of popped chips and a WW ice cream bar.  I totally didn’t need the chips or the ice cream, but I wanted it.  I tracked it and moved on.  I’m not going to dwell on it or freak out.  I was working in the kitchen when I didn’t really want to, and I was really tired.  Both of those things could be triggers that led me to want to snack.  I should have been chewing gum so I couldn’t!

DAY 3 – JUNE 11
I had a bowl of watermelon after dinner. No big deal right? Except I was totally not hungry and I was sitting there thinking about how tired I was and thinking about all the things I should do but didn’t feel like doing…

I could just feel myself thinking about eating myself silly, so I stopped and jumped on the treadmill. I figured that 20 minutes of walking was better than nothing and I was hoping it would boost my energy and help me not want to eat! It seemed to help for the majority of the night!

I stayed up to watch the Cavs game. I did really well not snacking until about 11pm. My hubby had a snack which tempted me, but I also was truly hungry because I was up later than normal. I ended up having a mini bag of popcorn along with an apple and a piece of string cheese, but I still felt in control.

DAY 4 – JUNE 12
We didn’t get home until after 9pm, and I had already had my planned snack at my Aunt’s house. I should have gone straight to bed, but I didn’t. I only used 4 points, so it wasn’t horrible. I was eating mindfully and made sure to track it before I ate it, so that’s a positive!  I just want to break the habit of feeling like I need a snack before bed.  I am also very aware that being tired makes me want to eat, so I need to continue to focus on getting proper rest AND going to bed instead of eating if I’m really tired!

DAY 5 – JUNE 13
I woke up with a headache and just felt blah all day on Saturday! I ate pretty well all day but then overdid it on the snacks at night. I had popcorn and grapes (more than a serving) and then later on spent 9 points on totally unnecessary munching. I was tired and jealous that my hubs was snacking so I gave in. I’m glad that I tracked it, but I was definitely not hungry…I should have just gone to bed.

DAY 6 – JUNE 14
I ran 6 miles this morning. It was super humid and it left me really tired. I found myself wanting to snack much of the day simply because I was tired.  I ended up taking a nap for a couple hours to try to fight off the sleepy munchies.

I totally didn’t feel like cooking dinner and absolutely would have given in and ordered pizza that I didn’t have the points for, but my hubby offered to cook something so I didn’t go totally off course.  I’m so grateful because that saved the day in terms of my points!

I finally had a boost of energy around 8:30-9pm.  After doing dishes and packing my lunch, I watched the end of the Cavs game.  I had a 2 point serving of pistachios followed by some frozen mango.  Not too shabby considering I would have spent 20-25 if we had ordered pizza!

DAY 7 – JUNE 15
Tonight was pretty great in terms of snacking.  I was so tired that I layed down on the couch for an hour after work.  We didn’t end up eating dinner until 7:30, so I had less time to worry about snacking before bed.  I also had some work to do in the kitchen, so I wasn’t sitting in front of the TV.  That makes a big difference in terms of my cravings.  I spent 5 points on snacks, but it was controlled and thought out.  I had planned on spending 4 points (on my weekly meal plan), so I was okay using just one extra.

REVIEW:
My week 4 was pretty great compared to weeks 2 and 3!  I could still be doing better, but my state of mind was much different this week.  Having a week of feeling in control is a successful week to me, even if I’m not perfect with sticking to my planned points.  I admit that my Weight Watchers meeting last week played a huge part in getting my head straight.  That just goes to show how much I still get from the meetings, even after all this time.  I need to be at the meetings every week even when I don’t feel like it! 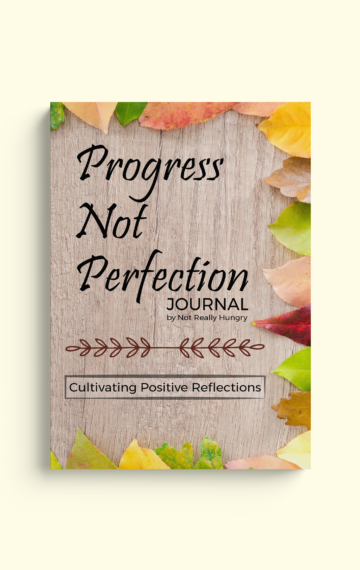